Winter Solstice Celebration. In 2019 the winter solstice occured on Sunday 22 December.   The winter solstice occurs in December, and in the northern hemisphere the date marks the 24-hour period with the fewest daylight hours of the year. That is why it is known as the shortest day of the year, or the longest night of the year.  It’s the astronomical moment when the Sun reaches the Tropic of Capricorn, we have our shortest day and longest night of the year in the Northern Hemisphere in terms of daylight. Regardless of what the weather is doing outside your window, the solstice marks the official start of winter.

What is Does “Solstice” Mean?  The term “solstice” comes from the Latin words sol (sun) and sistere (to stand still) because, during the solstice, the angle between the Sun’s rays and the plane of the Earth’s equator (called declination) appears to stand still.  So what does that mean, exactly? Upon the winter solstice, the Sun appears at its lowest in the sky, and its noontime elevation seems to stay the same for several days before and after this day. The Sun’s gradual decrease in the sky reverses upon the winter solstice, marking what many cultures believe to be a “rebirth” of the Sun as the hours of daylight become longer. 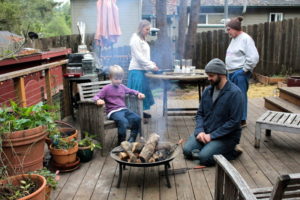 Getting ready for guests to arrive & roasting Chestnuts over the fire. 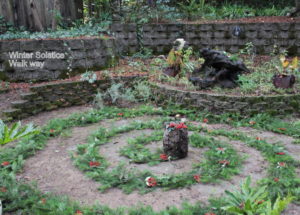 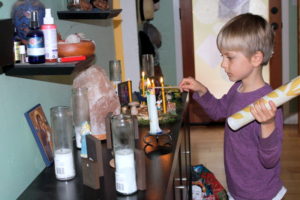 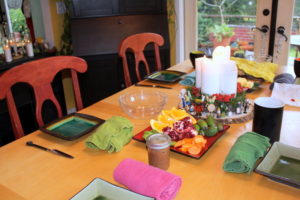 This entry was posted in Christmas 2019, Travel. Bookmark the permalink.