DRAGO Seafood at the Hilton Hotel

DRAGO Seafood – 2 Poydras St., New Orleans, LA 70140. Located at the Hilton but now owned by them.   History: Drago’s Seafood Restaurant officially opened in February 1969. It was the continuation of a Croatian tradition, the realization of a dream, and the beginning of a great New Orleans dining institution. In the early days, Drago and Klara washed and folded linens until midnight, well after the restaurant closed. And Drago would return to the restaurant early every morning to open. Since Drago and Klara opened Drago’s, they have had some famous Creole names working in their kitchen – most notably “Mama Ruth” Jenkins, who, at her passing in 1992, was remembered as the “best Creole cook in the world.” Today the restaurant is run by their very capable son Tommy, the inventor of the Charbroiled Oysters.

Q-tips say: The Mr. and I had our cocktails and an order of a dozen raw oysters. The best Raw Oysters we had in New Orleans. Our server Rolando was excellent and and funny.          I only wish Drago was near us when we get back home. 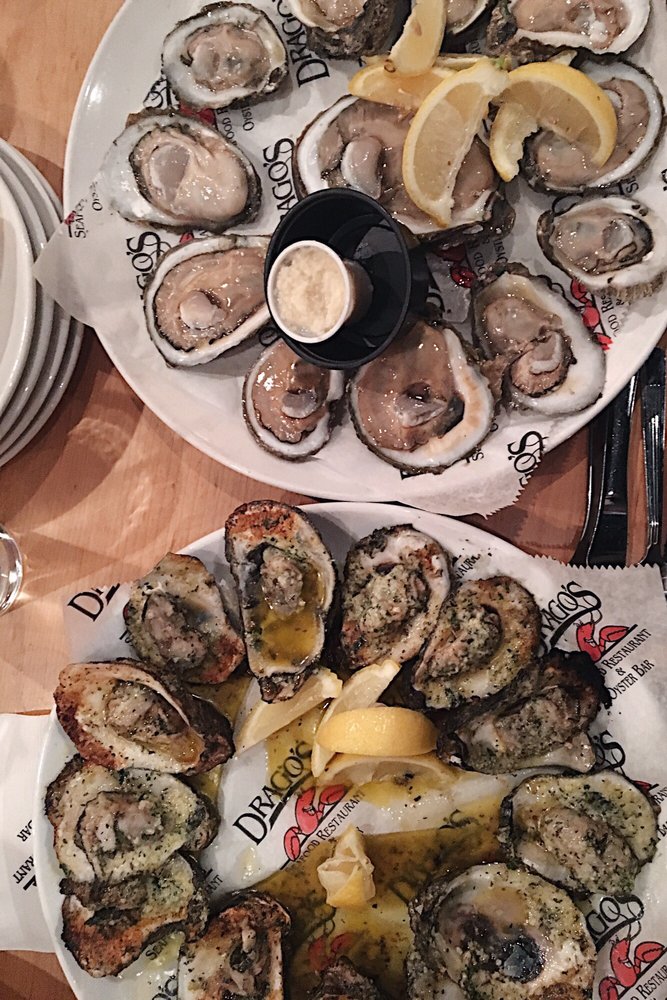